Police and alleged ruling party men attacked student protesters in the capital and elsewhere, injuring a number of them yesterday.

In the capital’s Mirpur, as students were stopping vehicles to check licence and registration in the afternoon, some policemen came blowing whistles and asked them to clear the road in front of the Bangladesh Road Transport Authority (BRTA) office.

A group of young men, many of whom had their faces covered or wore helmets, showed up at the scene and attacked the students with wooden logs and sticks in front of SOS Hermann Gmeiner College.

They, along with police, then chased the students away from the road. The protesters retaliated with brickbats and at one point there was a scuffle between several protesters and police.

A chase and counter-chase took place. Finally, the attackers retreated as the agitators continued hurling brick chips at them, witnesses said.

The students then gathered in Mirpur-14 area around 4:00pm and continued their demonstration. Law enforcers with batons charged the crowd to disperse them later. The streets in Mirpur 13 and 14 were cleared around 6:45pm.

“When we gathered in Mirpur-14 around 4:00pm, some policemen and unidentified men attacked and chased us,” said a student of Shaheed Police Smrity College.

Some Facebook live posts that went viral during the attack, showed police officials beating up students trapped on the staircase of a footbridge.

A video posted on Facebook around 6:30pm taken near SOS Hermann Gmeiner College shows police and men in plainclothes jointly encircling a few students and forcing them to leave the place.

They also snatched a camera from a girl and threw it on the road.

The students allegedly vandalised several vehicles while leaving the area, said some hawkers who were present during the incident.

Locals said some students and at least one attacker were injured as they were hurling brickbats at each other. Police officials also claimed one of their officers was injured during the incident.

However, officials from Kafrul Police Station denied that any such attack on the students took place.

During a briefing at his Dhanmondi residence last night, Home Minister Asaduzzaman Khan said, “From what I heard, some youths loyal to the BNP gathered in the area to instigate the students. The locals then chased them away.”

In Chittagong, a group of Bangladesh Chhatra League men allegedly beat up two demonstrators at the city’s GEC intersection and snatched away two cameras from them.

Witnesses said the BCL men reached the intersection around 4:00pm.

Armed with sticks, some unidentified men along with police chase away protesting students in Mirpur-13 area of the capital yesterday. Photo: Collected
Tasmia Afroz Trisha and Mariful Hasan, both fourth-year students of journalism at Chittagong University, said the BCL men snatched away their DSLR cameras.

They said the BCL men were beating up two students. “After the beating, Mariful and I tried to take some photos when suddenly two BCL men snatched our cameras and ran away,” Trisha said.

Another eyewitness said the BCL men also handed over a man named Mohammad Alam to police, saying that the man was a Jamaat-Shibir activist.

Devdut Mazumdar, assistant commissioner of Panchlaish Zone, however, said he was not aware of any such incident.

Dhaka-Aricha Highway was blocked for two hours in the afternoon by over 500 students of Jahangirnagar University (JU) and local school and colleges.

As they were checking the drivers’ licences, some JU BCL activists told them to leave and a scuffle ensued.

However, the university unit BCL President Jewel Rana refuted the allegation and said the men were not BCL activists. 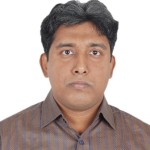