Bangladesh Nationalist Party grassroots-level leaders on Friday suggested that the party should form greater unity without its key ally Jamaat-e-Islami if necessary for launching united movement for the release of jailed party chairperson Khaleda Zia and next general election under a neutral government.
During separate closed-door consultations with national standing committee on the first day of 2-day meeting at Khaleda Zia’s Gulshan office, they said that the party must free Khaleda before joining the next general election, meeting sources said.
A central organising secretary at the meeting said that the party should form greater unity with other political parties including left-leaning parties outside the BNP-led alliance dropping Jamaat if necessary for forging strong united movement to force the government to release Khaleda and hold the next general elections under a neutral government, the sources said.
Most of the grassroots leaders echoed the organising secretary saying that that Jamaat betrayed BNP by fielding mayoral candidate in July 30 Sylhet city polls, BNP leaders said.
They mentioned that BNP nominated mayoral candidate in Sylhet city polls was leading with a margin of 4,000 votes without Jamaat’s support.
The party leaders of districts in Rajshahi and Rangpur divisions participated in the meeting on the first day at the first session.
The policymakers sat with grassroots leaders of the districts belong to Khulna and Barishal in the second session at 3:00pm that ended at about 7:00pm.
BNP secretary general Mirza Fakhrul Islam Alamgir presiding over the meeting urged the district leaders to give constructive statements and suggestions about the next course of action over the release of Khaleda, next general polls and organisational matter, the sources said.
Five leaders – president, vice-president, general secretary, joint secretary and organising secretary from each of the party’s 78 organisational districts were invited to the meeting.
The district leaders opined for forging strong movement to free Khaleda, jailed for five years in a graft case on February 8, said Khulna city unit president Nazrul Islam Manju.
‘First release of Khaleda and then election,’ he said.
The grassroots leaders called for giving continuous programmes of movement suggesting programmes like human wall, mass procession, road march and demonstrations, the sources said.
They also mentioned poor performance of Dhaka city BNP in carrying out programmes.
The current student movement for safe roads was discussed and it was termed a non-political movement, a district general secretary said.
BNP standing committee members including Khandaker Mosharraf Hossain, Moudud Ahmed, Goyeshawar Chandra Roy, Abdul Moyeen Khan, Nazrul Islam Khan and Amir Khosru Mahmud Chowdhury,among others, were present
BNP secretary general Fakhrul at the instruction of the party’s acting chairman Tarique Rahman convened the meeting to take opinion from district leaders to decide the party’s next course of action, party leaders said.
The meeting of Chittagong, Sylhet and Comilla divisions would be held at 9:00am while that of Dhaka, Mymensingh and Faridpur divisions would be held at 3:00pm today. 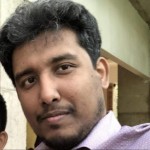